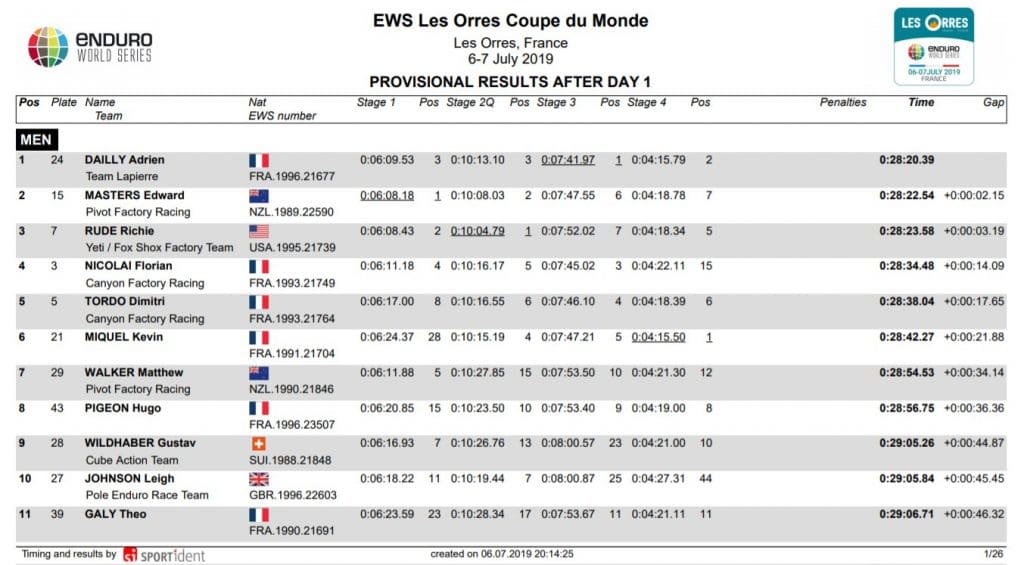 Day one of racing has wrapped up in Les Orres, with just over three seconds separating the top three men, it’s all still to play for in the final three (updated) stages. Adrien Dailly is in first, Ed Masters in second and Richie Rude in third position. In the women’s racing Isabeau Courdurier is currently sitting in first, Raphaela Richter in second and Ines Thoma in third.

Update: Stage 5 has been cancelled due to a storm.