Results from the Canazei/Met Val di Fassa Enduro World Series race in Italy from a hard day of racing during the European heatwave.

Thankfully, Canazei, which sits among the staggering Dolomites range, was more or less bang in the centre of the coldest part of Europe this weekend, but temperatures were still in the mid-thirties, making for an exhausting single day race that comprised five long stages with a mix of rooty, earthy tech and tough pedalling sections. Some pros thought stage one, which had a number of punchy climbs, was perhaps physically the hardest stage they’d ever raced.

As the day wore on and riders wore out, the going only got more brutal. Stage five was a 1,000m beast that began on an incredible razor ridgeline before plunging into deep forest and then skirting along the valley to the finish line in the centre of town. Many gelatos were consumed as exhausted riders tried to come to terms with what had been an extreme day in the saddle.

Richie Rude, back from his suspension from racing, stormed the men’s category with a convincing win from Sam Hill. Isabeau Courdurier, on a new 29er bike this week, can barely put a wheel wrong in 2019 and continued her winning streak, although ALN – Andreane Lanthier Nadeau – gave her a run for her money and finished second.

Full results can be found at the Enduro World Series website. 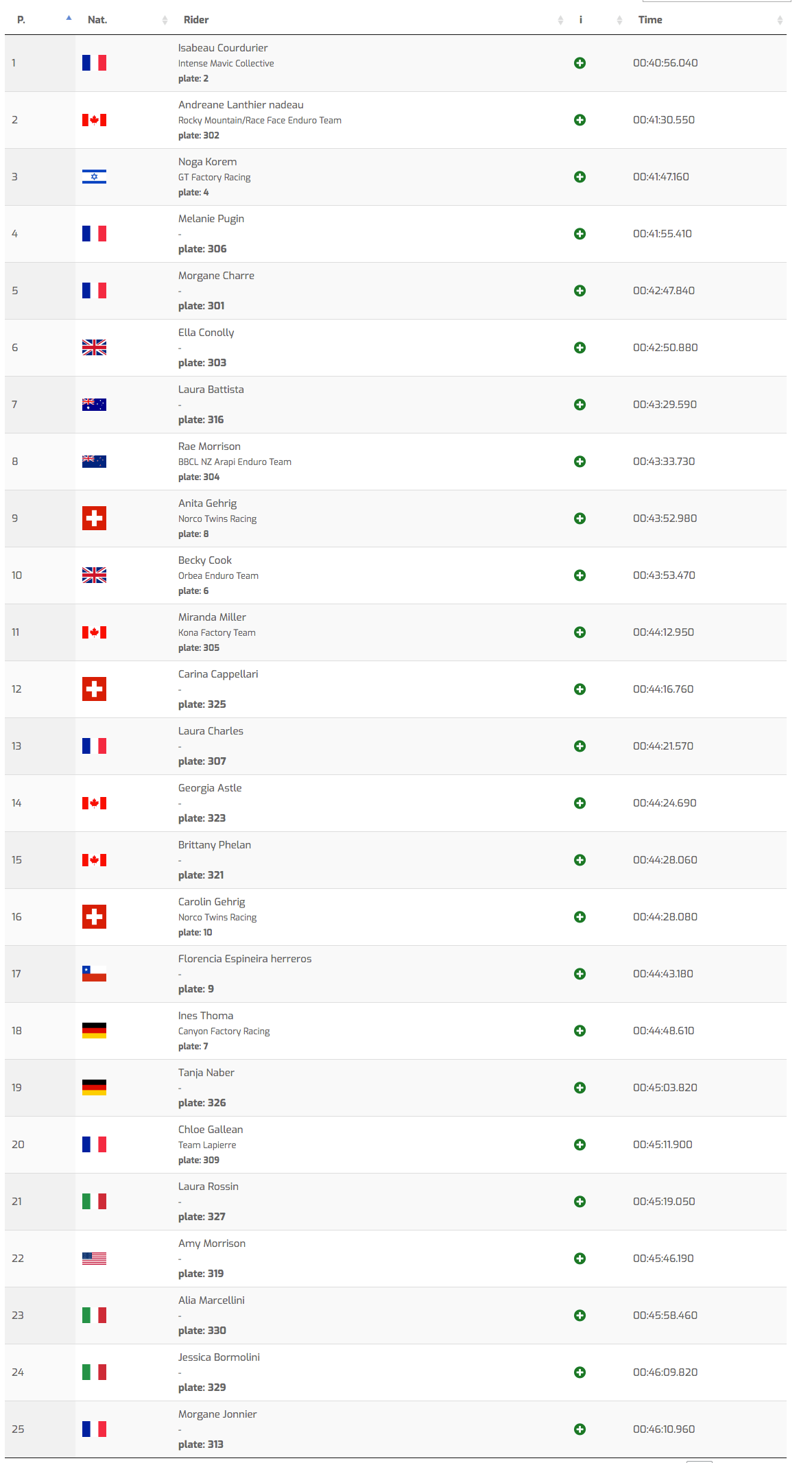