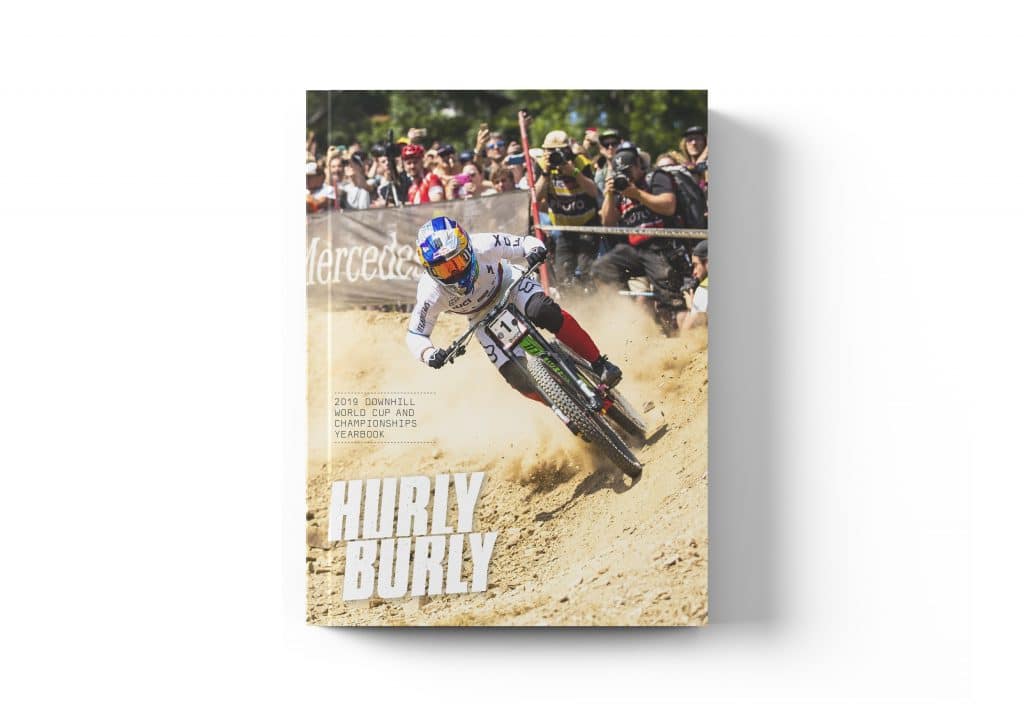 The 2019 UCI downhill World Cup and Championships yearbook, Hurly Burly 4, is out now.

Hurly Burly chronicles the eight World Cup DH rounds and World Championships, with hundreds of the best photographs and dozens of written contributions from some of mountain biking’s most experienced journalists. Race reports, analyses, opinion and comment sit alongside the most important results and standings from the 2019 UCI Downhill World Cup series and World Championships.

This book reports and celebrates one of the most memorable seasons in downhill mountain biking’s history, a year in which Tracey Hannah and Loic Bruni were victorious, winning the series titles, and a resurgent Myriam Nicole won her first World Championship title in Canada while Bruni swept up his fifth.