We got chatting to Harry Griffiths about bikes and media and stuff after he submitted a zine to our Zine Library (‘Pond Life’, about his summer in Whistler). His ‘Cana-dream’ road trip piece in Shredder Issue 7 is also well worth a read.

Recently he submitted this story about the YT Capra that has done him proud for an awfully long time (by mountain bike standards).

Who needs all the latest mod-cons anyway? 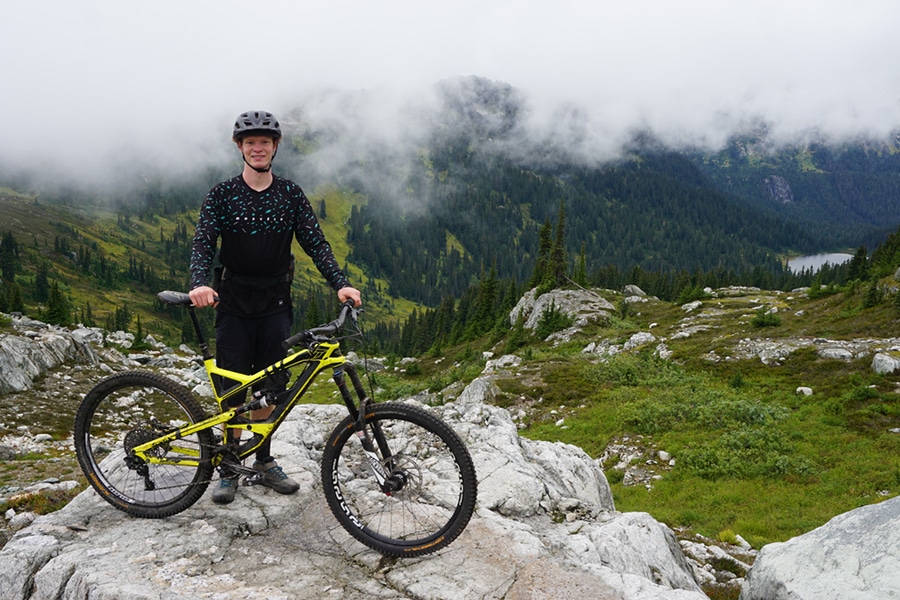 The linkage on my Ironhorse Sunday was in a bad way, with a huge amount a rear-wheel steering coming into play (ha) on every ride. A new bike was ordered and the wait for it to arrive began. Working away at a pizza restaurant, an email popped up on the day it was meant to be delivered confirming its delivery. A bit of explaining and I got out of work early and raced home to build it up.

No doubt rushing the build process, the bike was ready to go quickly and I got to admire it in all its two-wheeled glory. A bright yellow YT Capra, ready to be ridden, awaited me.

Since that first day, this bike has been a true hero for all my rides. I remember the first one, a trip to Swinley forest. Being unable to drive at this point, I got a lift to the train station, took the train and then received another lift to the trails. A lap of the trails followed, then it was back to train station, back on the train and a pedal home. Being my first ‘enduro’ bike, this was a novelty for me; it blew my mind to think you could ride downhill tracks and then pedal home comfortably.

A lot of the time, the rides it went on were simple blasts around the local woods, building questionable jumps and loamy ruts. Surprising dog walkers and seeing how far you could fly off a pile of sticks and some dirt never gets old. Neither does scraping out a corner and riding it as fast as you can, knowing full well it’ll just explode. The bike has been cased, nosedived and generally mistreated all over the UK. From Full Moto in Wales to Exmoor and the Quantocks, it has never let me down. 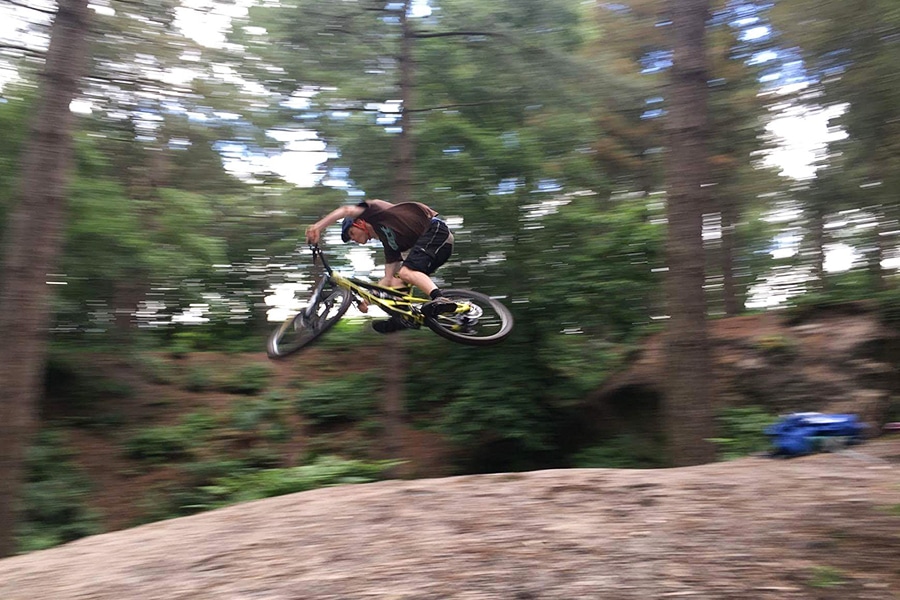 The bike has had some big days as well. It’s crossed the UK coast to coast, through the Lakes and Yorkshire and, while the near constant rain nearly broke me, the Capra just kept on going. Two days into this six-day ride, the pads on the brakes were shot. Too much grit and rain had torn through them in a few days. This wasn’t going knock the Capra though, and it completed the journey easily. The brakes, which were the stock SRAM Guides, are still going on the bike today.

The biggest test of all, however, was the summer of 2019. Strapped up in a bike bag, the Capra and I were off to Whistler (I wasn’t in the bag) to live and ride as much as possible. Realistically, I wasn’t sure if the bike would make through this. Despite many a vague service and even a bearing change, it was making some strange noises still — six months of riding the bike park is not the way to treat a bike kindly. And yet, the Capra came out on top.

It was a downhill race bike for the Phat Wednesdays, a freeride bike on Crabapple hits, an XC bike on a weeknight toonie and a city bike in Vancouver. It took some knocks for sure. The dropper post has some healthy damage on the back, the rear wheel has the biggest dent I’ve ever seen (you can actually see the bead of the tyre) and I did do a few days riding missing part of a linkage bolt. But here I am writing about it, nearly a year on from that summer having just returned from riding it in the Peak District.

I think what I am getting at is that it doesn’t matter about your bike. It’s easy to get sucked into the newest tech and the constant drive for needing the latest bike, so much so that you can forget about your current one. This isn’t to say we shouldn’t have new bikes, and as I write this I am also looking at what to replace the Capra with, but it’s worth bearing in mind that your current bike is still loads of fun, because, ultimately, it is still a bike.

*This isn’t a review 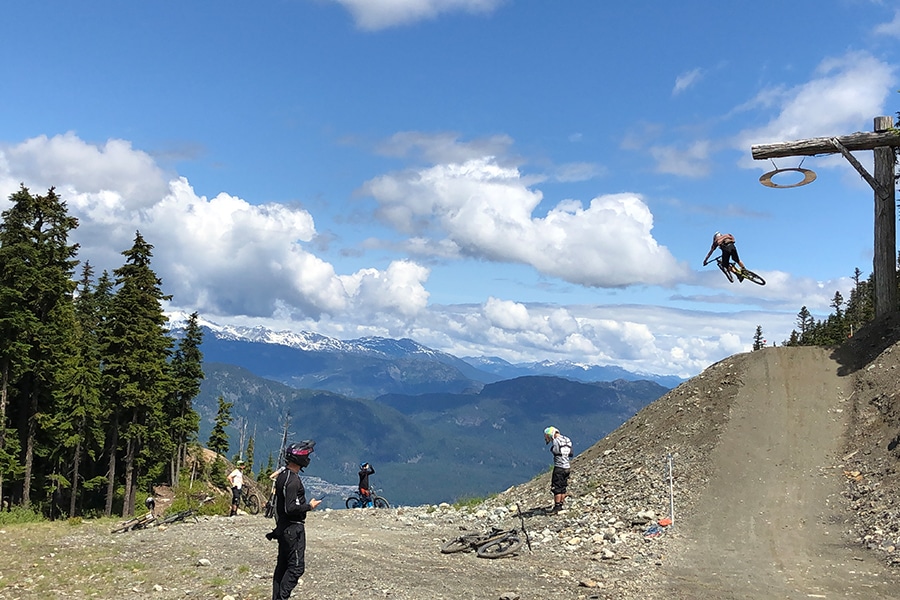