RUMBLE IN THE JUNGLE Cairns, Australia, Round 2/21-23 April Words: John Parkin After the slightly surreal combination of religion and retail that is Lourdes, the circus packed up and headed to the other side of the world, literally. Cairns, on Australia’s Gold Coast, could also be described as a land of contradictions. Beautiful beaches pounded by an ocean filled with sharks and marine stingers, stunning tropical rivers the home of crocodiles and endless lush rainforest containing nine of the world’s ten most deadly snakes. It is one of the most beautiful places in the world, and yet as a newcomer it is easy to succumb to the creeping paranoia that everything is trying to kill you. Locals Mick and Tracey Hannah will happily restore your sense of wellbeing, having managed to survive living here most of their lives, along with the other 147,991 people who call Cairns home. One thing Cairns definitely does not lack is mountain bike history, being the site of the infamous 1996 World Championships battle between Shaun Palmer and Nico Vouilloz. 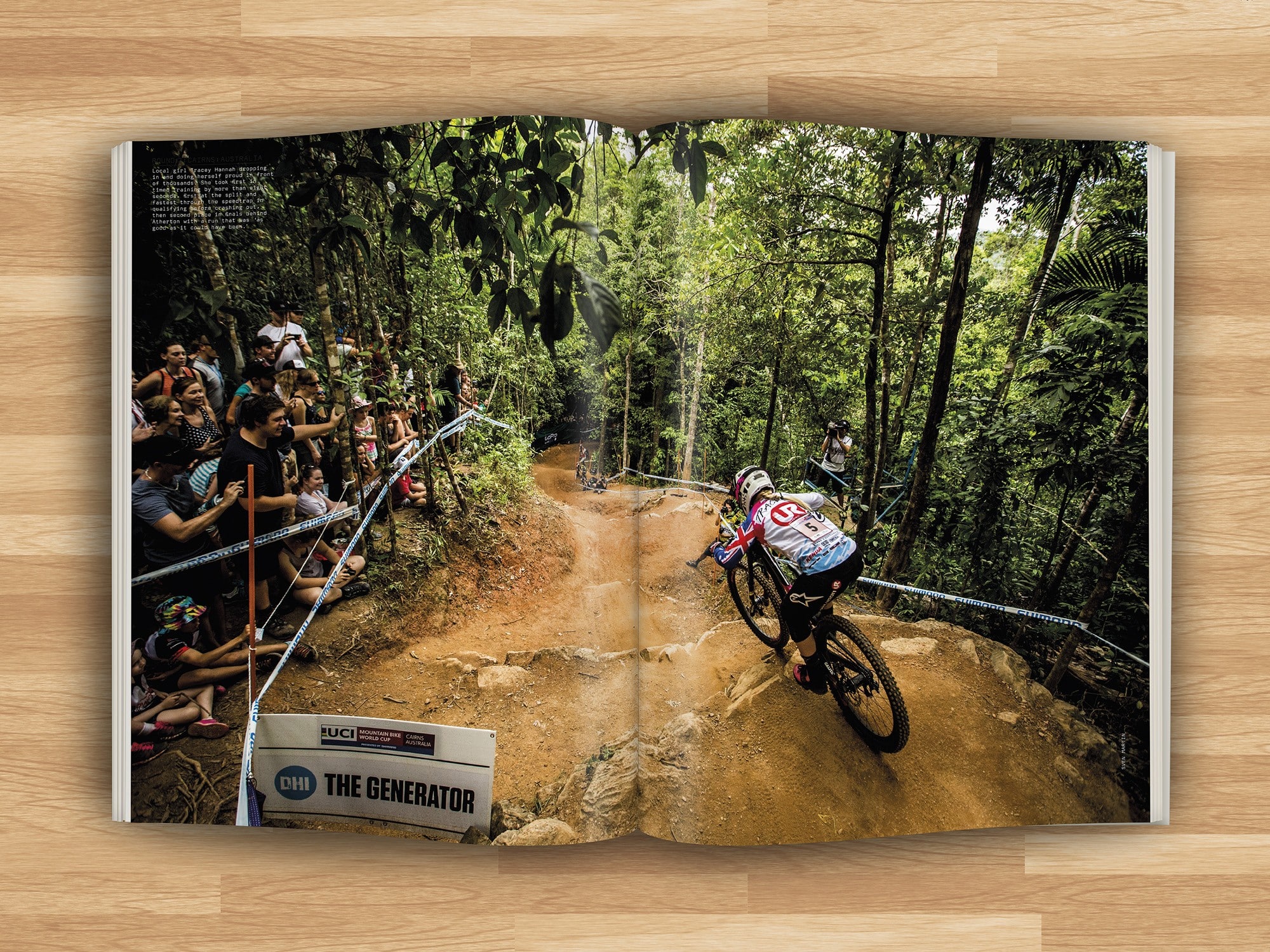