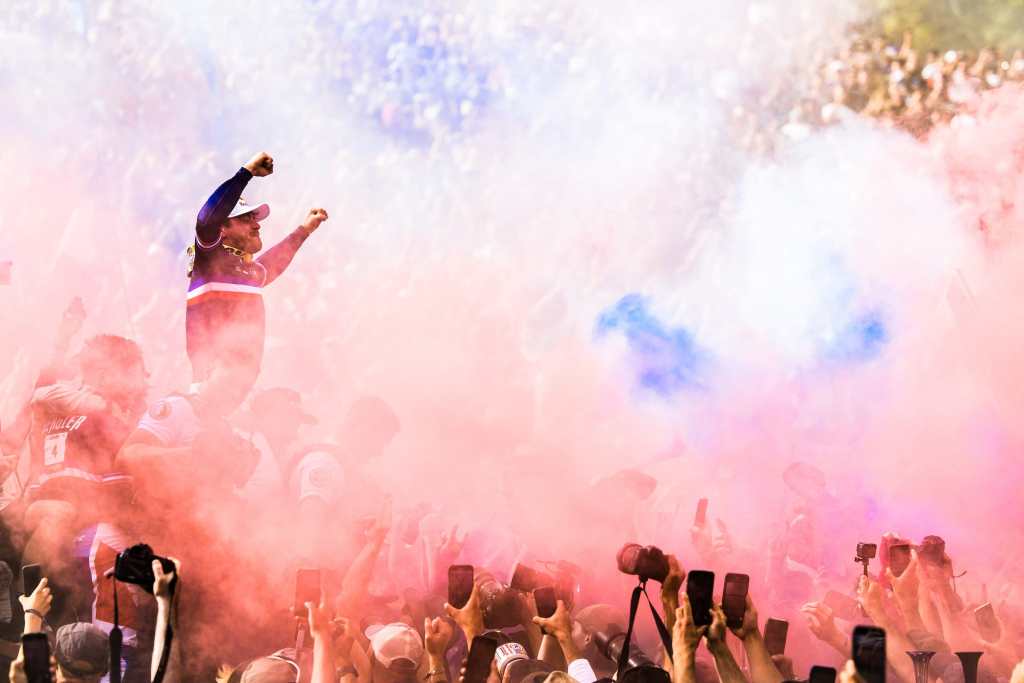 Les Gets downhill World Championships 2022 – what can we say? The wildest, craziest, most brilliant mountain bike race of all time, with over 50,000 fans crammed onto the hillside in Les Gets, France, to witness the world’s best racers going head-to-head in search of a world title.

The culmination of the elite men’s race was Loic Bruni’s incredible fifth World Championship title, this time in front of his adoring home crowd and flanked by his friends and compatriots Amaury Pierron and Loris Vergier in second and third.

A French top-three was a dream scenario that sent the fans into a frenzy and set off a pitch invasion unlike anything ever seen in mountain biking.

Tens of thousands of screaming spectators ran down the hill to embrace their heroes and celebrate French domination.

Misspent Summers photographer Boris Beyer was among the action and captured what is without doubt the event’s defining image and a shot we believe will become synonymous with downhill racing.

If you’d like to own a copy of this photograph, visit the Misspent Summers Print Shop. Shipping worldwide. 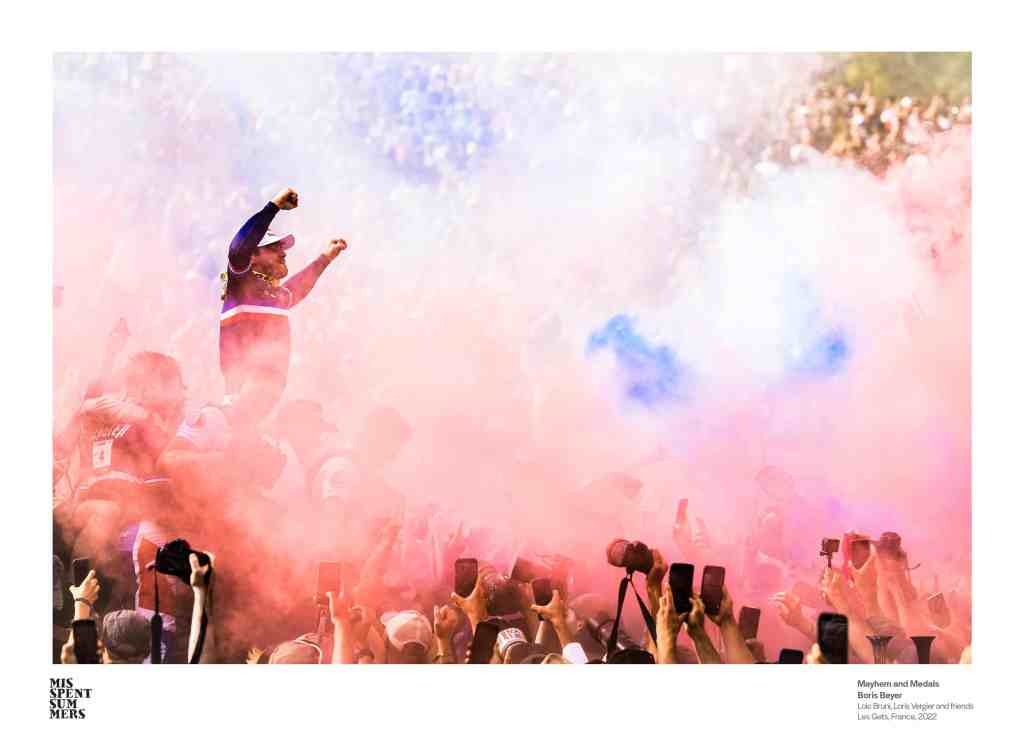