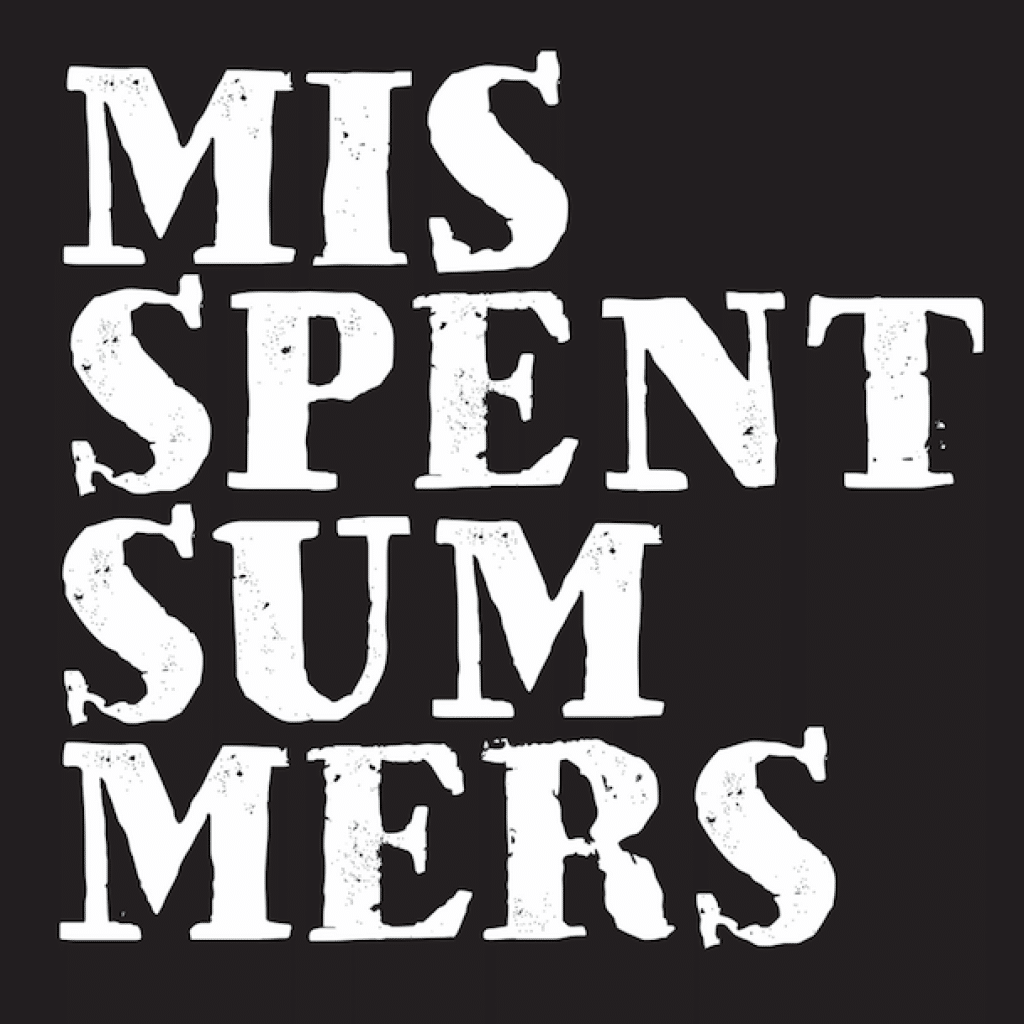 When Tommy C came to us with the idea of collaborating on a project, naturally we leapt at the opportunity. We know Tommy well — he was teaboy at Dirt Magazine (where most of us worked or lurked) for a couple of weeks while studying and then went on to make three feature-length films for Dirt, the Slice of British Pie series.

We fired a few questions at Tommy about his inspirations and what it was like filming Tea & Biscuits.

Misspent Summers: What’s your background in bikes?
Tommy C: Started on BMX as a kid. I was too much of a weeny little kid to even bunny hop the four-ton Mongoose I had. I took up track racing at Manchester for four or so years, with road riding on the side. In 2010/11 ish, I started riding hardtails and ended up watching some MTB movies and getting hooked. Sold the track bike setup and went head first at MTB.

What inspires you to ride bikes?
Just to go fast. Nothing like it. Oh, and to try and get better at it. Watching everyone ride through a camera helps me pick up bike handling tips visually. And the laughs you have with everyone in the woods.

What are your filming influences? What films did you grow up watching?
Well, the first film I ever watched was Kranked: Revolve. Followed by Follow Me (which is still my fav). So I never watched any of the Earthed/Sprung stuff until a few years ago honestly. I get quite heavily influenced by some skate/BMX films and their style. Always looked up to Joe Bowman and Mono too.

What are your favourite bike and non-bike films? Why?
Bike films – Follow Me (cos it was one of the first to get embedded in my mind). Gamble (because it instantly became the new standard) and there’s this sketchy DVD my uncle found called ‘Down n Dirty’. It’s not what you think. It’s an old school North Shore DVD, and the riding in it is bonkers. And then you’re in stitches half the time because the crashes are so wild. Maybe we should upload it somewhere? I’ve not seen it anywhere online.

Non-bike films: I’m a massive Star Wars and Lord of the Rings fan. Always have been. In all honesty, I’m not a big film fan, though. I much prefer Top Gear!

Describe the Slice of British Pie series and how it all went down
I always wanted to make proper length films and then, eventually, the right time came along. With the help of Dirt, British Pie was born. At first, it was a test to see if people would like it. It was all about just having a good time with your mates, whether you were a pro or a grom. Everyone ended up loving the fun aspect of it all and latched onto it wanting more. Two more films later we had a full trilogy and endless laughs to look back on with a host of the best British riders. It became quite overwhelming… how well known it became — it still blows my mind now.

You are renowned for your banger edits. Why a full-length feature?
Web videos are cool, and I love them. But full-length films are infinitely more satisfying. Working for six, seven months, focusing on one outcome is so enjoyable for me. Then you get to build up to release, create hype, put on events and premieres. Make it something so much more than two days’ spotlight on the internet. 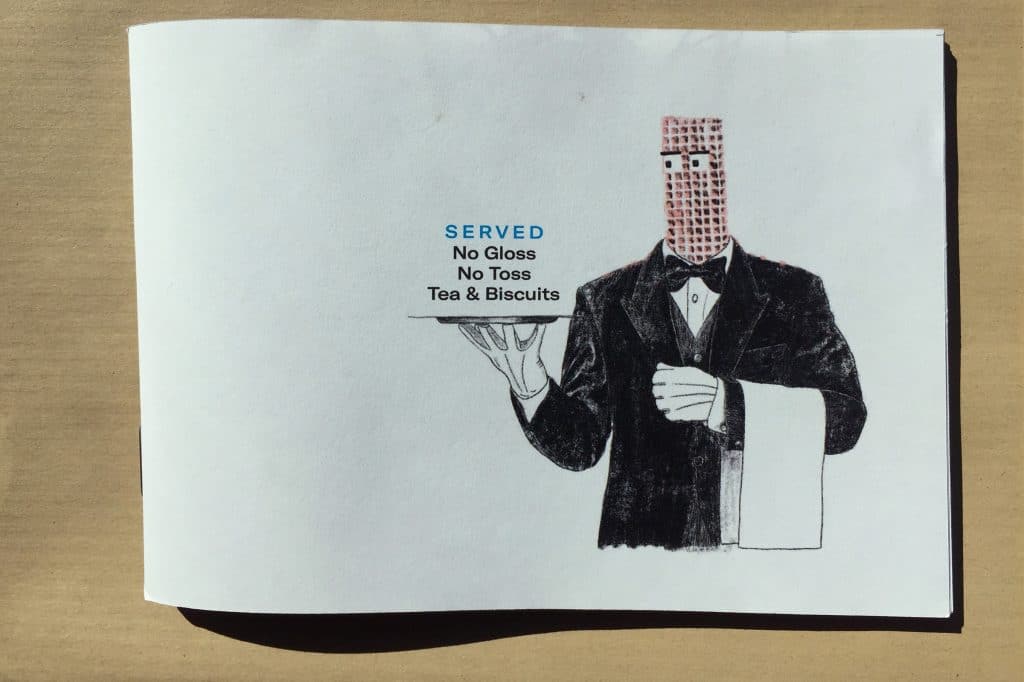 Check out Served, the Tea & Biscuits zine and get a copy for £5

What was the idea behind Tea & Biscuits?
Ha. Well, I left sometime after British Pie, had a bit of a break from big films. And then last year at the EWS I just had a moment where I was like ‘F*ck it, let’s do another film’. I wanted another funny name, ideally food-based. I really enjoy tea and biscuits — really. So, after some discussions with Misspent Summers, there we go. An unusual, original name that people would remember. None of this pretentious bollocks about freedom or staged storytelling. A raw, funny, genuinely British film about the scene of 2019: I know that is my niche and there is nothing I enjoy more.

Describe the filming of T&B. How did it all come together?
The idea came together over a few weeks really at the end of the 2019 season. Then as soon as I got home, I started filming with Kade (Edwards) at Revolution Bike Park in the autumn. I just messaged everyone that I wanted to be in the film and 95 per cent of people were keen as. We got some sponsors (thanks to Nukeproof and Hope Technology) on board to help pay for everything and then bosh, we were away.

There is some wild riding in the film. What is it like witnessing people pushing the limits like that?
It’s a fine line between excitement and nerves. I know people push the limits for the camera, so I say a little thought in my head as someone is dropping in hoping they’ll be okay. I’d love to get a crazy sketchy clip or nail some big manoeuvre. But not at the expense of the rider. When Connor knocked himself out on the tree in the Merseyside section, I thought that was him done, like properly done. Absolutely shit myself. That was the end of the day — I wouldn’t let anyone else ride after that! It’s all very exciting when the pro lads push themselves; you really know you’re in for a treat. Like Kade or Brage, for example. Bonkers.

Describe the editing process. How many cups of (weak) tea were drunk?
I edit as I go, fresh after filming when it’s in my mind. So I do all my soundtrack research prior. That’s also when I’m mad keen to edit it. If I leave it and come back to it, it doesn’t work for me. Ha, well they’ve gotten progressively stronger since you pulled me up on it. I just like a bit of milk, alright!

How do you feel about the finished product? Is there anything you’d change?
I’m buzzing with it. Funny thing is, that’s not what I expected it to be like, it made its style as I was filming it all. It’s my favourite, and even after watching it 20+ times I’m still giggling away. Probably a few little bits I’d change, but nothing major. Let me watch it back next year and I’ll be mega critical of it all.

Are you happy with the public reception of the film?
Definitely. Quite overwhelmed with the reception, actually. Considering it came out of nowhere. This one was effectively a test, so now we know that Tea & Biscuits can maybe go further.

What are you working on now?
Well, I was meant to be starting season two of The Jank Files for Rocky Mountain. But seeing as the EWS is rescheduled, I’m not. So for the time being I’ve got some UK-based videos to be working on to keep it ticking over. I do have some ideas for the next film already though.